Thought of the day

The loneliest woman in the world is the woman without a close woman friend and the love of a man
Posted by Blog Writer at 09:47 No comments:

It's All Too Easy To Scoff..

Omar Osama Bin Laden wants to be a Peace Envoy between Al Qaeda and the West. He maintains that his father, the notorious Osama Bin Laden, wants a truce. To bring some publicity to his cause, he has decided to ride

across North Africa on horseback, accompanied by his British born wife. To the right is a picture of the two of them doing a sterling job within sight of the Giza pyramids.

OK. Somebody needs to take up the position of Peace Envoy, so why not young Omar? And Daddy Bin Laden must be really sick of being in hiding all of this time. Lets face it, he can't even book into a cheap motel for a night without the chance of being captured and then put through the fun questioning technique of 'water boarding'.

Now some of you will think that anything is too good for the guy, BUT the alternative is a constant state of urban war somewhere.

The 'no way, not until hell freezes over' has to come to an end at some point in time or none of us will ever be safe again. The postulating by both sides has to stop.

Instead of voting 'no way', let us all be sensible about everything and try to work out a plan whereby all people get a chance to live and work without the threat of being blown to pieces. We can all start by looking into what the other side thinks, and then educate the people who have it all wrong about us. We can also quit provoking each other because, quite frankly, it is getting us all nothing except a fast track to the local cemetery.

How about it, people?

Bobby Fischer died on Thursday, January 17, at his home in Reykjavik, Iceland. He was 64 years old.

Bobby Fischer was a bright kind of guy. By the age of 14, he was US Chess Champion and he brought the World Chess Championship title to the US during 1972 after beating Boris Spassky in one of the more peaceful Cold War face offs.

He was also an outspoken critic of his native country to the point where he denounced his US citizenship, becoming a citizen of Iceland instead. When the US administration talked of the 'Axis of Evil', he talked of the 'Allies of Evil', those being the countries which fully supported the present troubles in the Middle East. Was he wrong in what he said? Well, if you look at some facts, you may find yourself agreeing with him.

Allegedly, Bush and his playmates had a plan in the making to invade Iraq BEFORE the events of September 11, 2001. Bearing in mind that it is hardly de rigueur to invade a sovereign country with no pretext, it must have been seen as the biggest stroke of luck that the Twin Tower attack took place. If ever there was a reason to wage war on a country, this had to be it. Of course, Iraq and Saddam Hussein were not responsible for September 11, but hey, who cares! Bush and Co didn't like the guy anyway.

So Bush commands the US military to charge into Iraq, using 'Shock an Awe' tactics. This is similar to Hitler's Blitzkrieg except that the only shock and awe about it all is the way in which Iraqi civilians and US/Allied military personnel were and still are dying like flies.

Having brought down Saddam Hussein and his evil government, it became clearly obvious to all that Bush and Co had no follow up strategy in Iraq other than to instruct Hallliburton, a company in which some members of the US administration may or may not have a vested interest, to safeguard and maintain oil supplies out of Iraq.

What of finding the real culprits behind September 11? We were told that the Al Qaeda leader was hanging out in Afghanistan, but the US needed soldiers for the Iraq invasion so, Canada and one or two other countries were left holding the Afghan baby. It must be noted that in past years, the Canadian military has been a non-aggressive peace keeping force. The change in function has not impressed Canadians a whole bunch.

The Middle East crisis predates anything that ever happened to the Twin Towers. The biggest problem was the way the state of Israel was created. Many Jews had migrated to Palestine because of persecution by the people of other nations. After World War II, the major Western powers elected to form a Jewish state but shuffled the responsibility onto the United Nations who gotten it all wrong by allocating more land to the new state than would be left for the Arabs whose homeland Palestine was.

Needless to say, the United Nations forced the plan through with the promise of aid and full military backing from the US, Britain and France. And here lies the overriding problem. In order that we can preserve our economic interests abroad, we feel that it is our duty to enforce our ways on people who neither understand or want them. One has to note that any country lacking in resources wanted by the West, or that doesn't pose a threat by the spreading of communism, is left completely alone.

The US is not alone in acts of International vandalism. Britain has left messes behind it after pulling out of territory previously governed as part of the British Empire. Pakistan is a good case in point, where the British supported one faction until such time as they were ready to pull out. At this point, they changed allegiances. leaving Pakistan in political turmoil, a state from which the country has never really fully recovered.

We have seen the same after the fall of the Soviet Union, none more so than in the former state of Yugoslavia which completely fell apart, former hostilities between Bosnia, Croatia and Serbia rising like the blast from Krakatoa.

Until we stop forcing our ways onto others, there will always be problems.

It is said that Bobby Fischer had his fair share of idiosyncrasies, and it is true that his chosen lifestyle was somewhat reclusive, but he was a man who had his eyes open, and he looked beyond the 'national' emotion that seems to grab some.

The West is looking for ways to bring peace to the Middle East, but Bush and Co will not be the ones to do it, especially as they are trying their level best to get the world and his dog to turn on Iran. Why Iran? Well, busting Iraq apart did no good at all, Iran is close by and it would be relatively easy to move troops there.

Here is a quote from somebody famous...

"No problem can be solved from the same consciousness that created it".

The author of the quote was none other than the great problem solver himself, Albert Einstein.

Americans still have some time to wait before they can dump their leader. Fortunately, the incumbent guy can't re-apply. However, they will need to pick the next President with care if they ever want respect from the world community again.
Open the box with care. There are no FREE gifts. 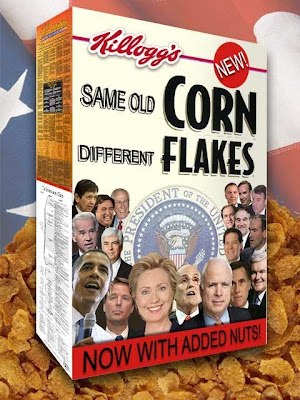 Viewer discretion is advised when watching any video featured in this blog.

The content of each bar is not under the control of the blog authors, and may contain content in the form of the spoken word and graphic images which you may find distressing and/or not in line with your own beliefs.

The blog authors will endeavour to keep the content varied, and add new pieces as often as time allows.

Where we are not the content originator, due credit will be given to whomever is, if known.

Please feel free to leave comments on anything you see of interest. Note that comments will be moderated.

Thank you for visiting this 'blog'. Please call again.

Quotes of the Day..

Subscribe to this blog by clicking on your preferred feed

I look into the mirror, and the eyes that look back at me are not mine, yet I know them so well..